The books on this page are listed by Lexile Measure number from lowest (900L) to highest (1399L). Books with lower Lexile numbers are shown on the previous page.

When Taylor Greer hits the road she has no real destination, only to get as far from Kentucky as possible. By the time she ends up in Arizona, she has inherited a three-year-old Cherokee girl from an Indian woman she met in a bar.

In the aftermath of World War II, Ichiro, a Japanese American, returns home to Seattle to make a new start after two years in an internment camp and two years in prison for refusing to be drafted.

Sixth-year Hogwarts student Harry Potter gains valuable insights into the boy Voldemort once was, even as his own world is transformed by maturing friendships, schoolwork assistance from an unexpected source, and devastating losses.

This is the third volume of The Lord of the Rings.  It is a chronicle of the great War of the Ring between the hobbits and the Enemy who made the One Ring.

With his face swaddled in bandages, his eyes hidden behind dark glasses, and his hands covered even indoors, Griffin—the new guest at the Coach and Horses—is at first assumed to be a shy accident victim. But the true reason for his disguise is far more chilling: he has developed a process that has made him invisible and is locked in a struggle to discover the antidote. Forced from the village and driven to murder, he seeks the aid of an old friend, Kemp. The horror of his fate has affected his mind, however, and when Kemp refuses to help, he resolves to wreak his revenge.

This is a segment of the underworld on the California coast near Monterey. A group of rootless men, who took jobs only as a last resort, lived contentedly in an old warehouse; nearby, Dora ran her house of prostitution with business efficiency, and in his marine laboratory Doc prepared the specimens he collected along the shore. Love for Doc was the sentiment that all Cannery Row shared, and the climax was the fearful birthday party given for him.

Santiago is a Cuban fisherman who encounters a giant marlin in the Gulf Stream and the battle for his catch becomes one of survival against a band of marauding sharks. 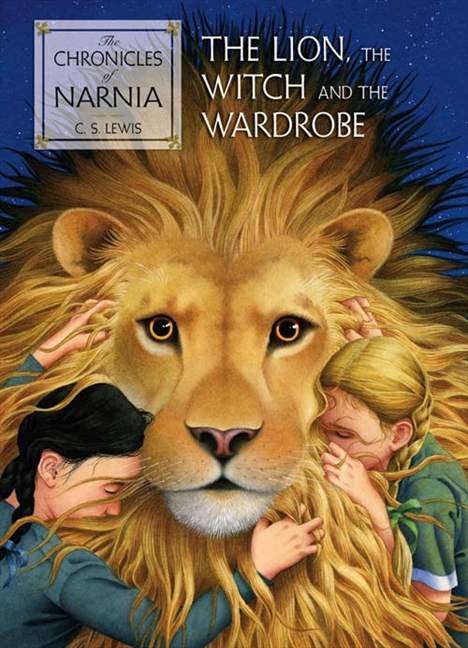 Four English schoolchildren find their way through the back of a wardrobe into the magic land of Narnia and assist Aslan, the golden lion, to triumph over the White Witch, who has cursed the land with eternal winter.

For Harry's second year at Hogwarts, fresh torments and horrors arise, including an outrageously stuck-up new professor and a spirit who haunts the girls' bathroom. But then real trouble begins--someone is turning Hogwarts students to stone. Could it be Draco Malfoy, a more poisonous rival than ever? Could it possibly be Hagrid, whose mysterious past is finally told? Or could it be the one everyone at Hogwarts most suspects ... Harry Potter himself?

When the government of the magic world and authorities at Hogwarts School of Witchcraft and Wizardry refuse to believe in the growing threat of a freshly revived Lord Voldemort, fifteen-year-old Harry Potter finds support from his loyal friends in facing the evil wizard and other new terrors. 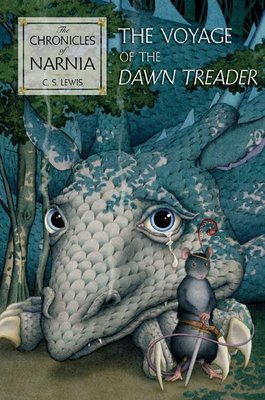 Lucy and Edmund, accompanied by their peevish cousin Eustace, sail to the land of Narnia where Eustace is temporarily transformed into a green dragon because of his selfish behavior and skepticism. 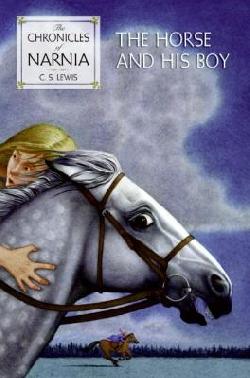 A boy and a talking horse share an adventurous and dangerous journey to Narnia to warn of invading barbarians.

The adventures of a boy growing up in a nineteenth-century Mississippi River town as he plays hookey on an island, witnesses a crime, hunts for the pirates treasure, and becomes lost in a cave.

Peter Pan, the book based on J. M. Barrie's famous play, is filled with unforgettable characters: Peter Pan, the boy who would not grow up; the fairy, Tinker Bell; the evil pirate, Captain Hook; and the three children-Wendy, John, and Michael-who fly off with Peter Pan to Neverland, where they meet Indians and pirates and a crocodile that ticks. 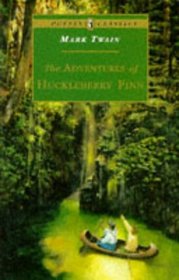 Climb aboard the raft with Huck and Jim and drift away from the "sivilized" life and into a world of adventure, excitement, danger, and self-discovery. Huck's shrewd and humorous narrative is complemented by lyrical descriptions of the Mississippi valley and a sparkling cast of memorable characters.

The volume contains two interrelated stories. The stories concern Franny and Zooey Glass, two members of the family that was the subject of most of Salinger's short fiction. Franny is an intellectually precocious late adolescent who tries to attain spiritual purification by obsessively reiterating the "Jesus prayer" as an antidote to the perceived superficiality and corruptness of life. She subsequently suffers a nervous breakdown. In the second story, her next older brother, Zooey, attempts to heal Franny by pointing out that her constant repetition of the "Jesus prayer" is as self-involved and egotistical as the egotism against which she rails.

The adventures of the well-to-do hobbit, Bilbo, Baggins, who lived happily in his comfortable home until a wandering wizard granted his wish.

A classic novel of the future follows the Time Traveller as he hurtles one million years into the future and encounters a world populated by two distinct races, the childlike Eloi and the disgusting Morlocks who prey on the Eloi.

After a cyclone transports her to the land of Oz, Dorothy must seek out the great wizard in order to return to Kansas.

An account of Twain's experiences as an apprentice riverboat pilot in the days of the great Mississippi steamboats. 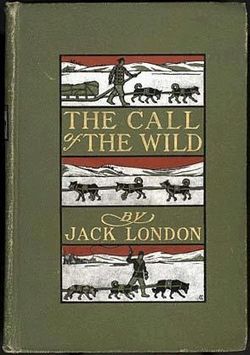 The story of a house dog sold to Alaska as a sled dog for the gold rush of 1898. Through various owners and experiences he becomes a tougher and smarter animal, and after his favorite owner dies he becomes leader of a wolf pack.

The escapades of four animal friends who live along a river in the English countryside--Toad, Mole, Rat, and Badger.

A boy grows to manhood while attempting to subdue the evil he unleashed on the world as an apprentice to the Master Wizard.

Crutcher's autobiography is full of heartbreak, poignancy, and hilarity. Candid and casual, Crutcher shares stories from his childhood and adolescence in Cascade, Idaho.

The famous, funny and inspiring stories from one of the world's greatest storytellers. From the 'satiable curiosity of the elephant's child to the crab who played with the sea, from the ingenious invention of the alphabet to how the rhinoceros got his wrinkled skin, these stories of strange happenings in the High and Far-Off Times brim with life, humor and magic - a wonderful collection that will hold you spellbound!

A satire on totalitarianism in which farm animals overthrow their human owner and set up their own government.